Odkryj Nepal > Before you go > Nepal 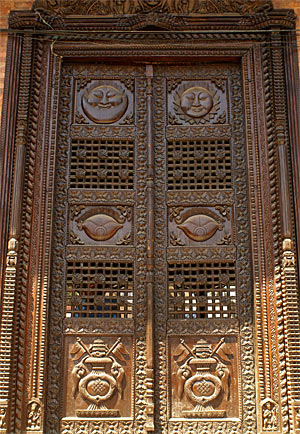 Nepal is a federal democratic republic located in South Asia, in the Himalayas and bordered to the north by China and to the south, east, and west by the Republic of India. The mountainous north has eight of the world’s ten tallest mountains. It contains more than 80% peaks over 6000m above sea level. The climate is cold in the north and tropical in the south. In the south of the country there are hills covered with jungle forest and the northern part of the lowland (Terai). Mountain Region in the north with Himalaya mountains includes the highest mountain in the word, Mount Everest (8848m) and seven other eight thousand metre peaks. In the centre of Nepal there are Small Himalaya mountains (2400-4300m) with numerous valleys. North-eastern region contains Sagarmatha National Park and Annapurna massif, surrounded by the Annapurna Conservation Area. Most of the rivers in Nepal flow from the north to the south and finish in Ganges. There are three main rivers: Karnali, Kosi and Narayani.

Considering natural features Nepal is one of the least urbanized countries in the world. The total population is more than 28 million citizens and the average density is 203 persons per sq.KM, in Kathmandu Valley it reaches 600 persons per sq.KM. Other big cities apart from the capital: Patan (Lalitpur), Biratnagar, Bhaktapur, Pokhara and Dharan. Total length of the border line is 2926 km, including 42% with China and 58% with India. Along the border there are Himalaya mountains isolating Nepal from Tibet and China, Mahabharat mountains isolating Nepal from India. 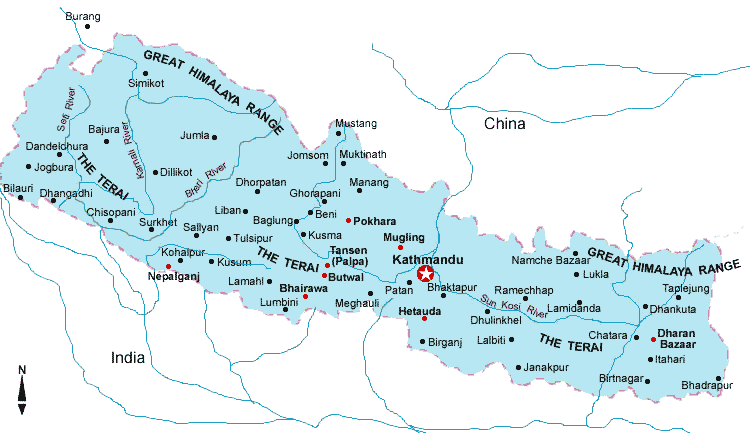